Joint statement regarding the availability of the seasonal flu vaccine 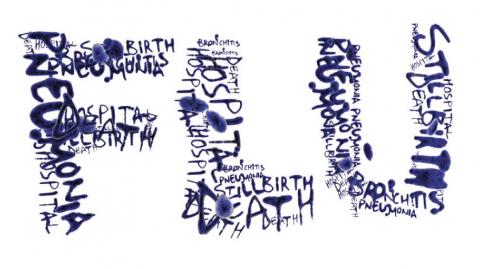 With this year’s flu vaccination programme in full progress, the Department of Health, Health and Social Care and professional bodies are reassuring members of the public that they will be receiving the most effective flu vaccine for their age group.

Due to manufacturing constraints beyond our control, one of the flu vaccines being used in this year’s vaccination programme, known as Fluad®, is being delivered in three batches during the months of September, October and November. The same phased delivery of Fluad® is occurring throughout the UK and Europe. To date 138,000 doses of Fluad® have been received in Northern Ireland and the majority of these doses will have already been used to vaccinate eligible individuals. The final batch of 92,000 doses of Fluad® is expected to be delivered into Northern Ireland in early November.

Fluad® flu vaccine is the only clinically effective vaccine for individuals aged 75 years and over, and is also recommended by the Joint Committee on Vaccination and Immunisation (JCVI) for all those aged 65 years and over. It is an adjuvanted vaccine, which will boost the immune system of the over-65 age group and give them better protection than any other licensed flu vaccine. Members of the public should be reassured that we expect to receive sufficient supplies of Fluad® vaccine to vaccinate those aged 65 years and over in Northern Ireland.

In light of the phased delivery schedule for Fluad®, GPs have been allocated a proportion of each batch of the vaccine based on their practice size. GPs have been advised to begin the programme by inviting those patients aged 75 years and over for vaccination first, before working their way through their remaining patients aged between 65 to 74 years of age, as and when they receive supplies of Fluad®.

It is important to emphasise that those eligible to receive the flu vaccine will still be vaccinated in advance of when the flu season normally starts to reach a peak, which traditionally is around late December/ early January to mid to late February.

Supplies of the other flu vaccines, which are used for children and those aged under 65 years of age in an ‘at risk’ group, are not affected and therefore these programmes are proceeding as normal.

While we fully understand the concerns of those patients aged 65 to 74 years of age, who may have to wait slightly longer than they normally would to be vaccinated, this scheduling should ensure they are given the most effective flu vaccine for their age group. We would encourage them to attend for their vaccination according to the arrangements at their respective GP surgery.

There is an extensive flu vaccination programme in place in Northern Ireland which every year sees over 500,000 people vaccinated against influenza. The vast majority of these vaccinations occur over the period October to mid-December and we acknowledge the efforts of GPs, their staff and Health and Social Care staff in making this happen.

Based on initial feedback it appears that there is a high demand for the Fluad® vaccine which is encouraging. We would continue to urge those aged 65 years or over to make sure they get protected against the influenza this winter by ensuring they are vaccinated, when invited to do so by their GP.