The PHA board Register of interests is available here. 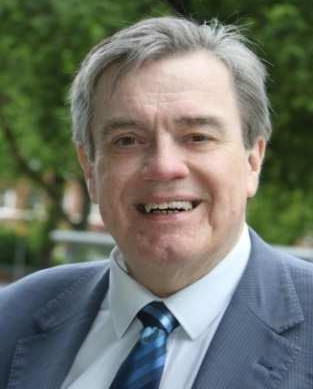 Andrew Dougal took up the position as Chair of the PHA on 1 June 2015.  Health and social care has been experiencing much change since that time.  The functions of the Health and Social Care Board will migrate to the Department of Health on 1st of April 2022.  He was previously Chief Executive of Northern Ireland Chest Heart and Stroke from 1983 and prior to that worked for 10 years in education.

He is an alumnus of the Salzburg seminar on philanthropy and non-profit organisations. He participated in the Duke of Edinburgh work study conference and in the Northern Ireland leadership challenge programme. He was awarded a Paul Dudley White fellowship to the American heart association.

Over the past 35 years he has been a Non-Executive Director of organisations spanning the private, public and voluntary sectors. He is a former Trustee and Chair of the HR Committee of the UK Health Forum, a former Trustee and Treasurer of the World Heart Federation, and a former Chair of the Chartered Institute of Personnel and Development in Northern Ireland. He is also a member of the Ulster Orchestra Foundation Board.

Aidan was appointed Chief Executive of the Public Health Agency on 1 July 2021.  He comes with a career spanning over 30 years working in the Health Service and 3rd sector.

In 2016 Aidan was appointed as the Director of Specialist Hospitals & Women's Health in Belfast Health and Social Care Trust.  He was responsible for a diverse range of services including Royal Belfast Hospital for Sick children, Maternity Services, Gynecology Services, ENT, Trauma and Orthopaedics, Neuro Rehabilitation, Sexual and Reproductive health, Regional Disablement Services and the Dental Hospital.

Prior to this role Aidan was the Co-Director in the Trust for Trauma, Orthopaedics, and Rehabilitation Services.  His career has included roles working with The British Red Cross and Disability Action. 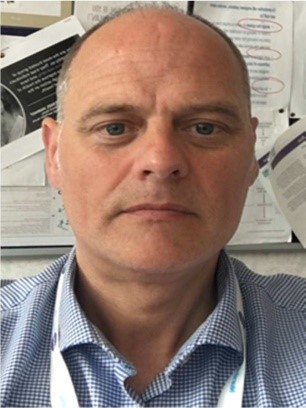 Rodney Morton took up post as Director of Nursing and Allied Health Professions in January 2020. Previously Rodney held the position of Deputy Chief Nursing Officer with the Department of Health. Rodney was responsible for co-leading the development of a 10-15 year road map for Nursing and Midwifery in Northern Ireland, along with providing professional advice on mental health, learning disability and older people nursing services. In addition, Rodney held policy responsibility for Personal, Public, Involvement, and led the development of a new Co-Production Framework for the Northern Ireland Health and Social Care Sector. 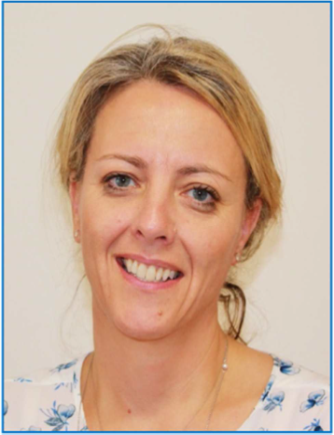 Aideen is the Director of the Northern Ireland Health and Social Care Quality Improvement and Innovation (HSCQI) Network. HSCQI as an entity was launched by the Department of Health in April 2019 and is aligned with the NI HSC strategies Q2020 and Health and Well Being 2026: Delivering Together.

Aideen is a graduate of Queens University Belfast Medical School and is a Fellow of the College of Anaesthetists (RCSI) Dublin. Aideen also holds a Post Graduate Diploma in Healthcare Risk Management and Quality from University College Dublin.

Aideen is a Scottish Patient Safety Programme Fellow, a Health Foundation Generation Q Fellow and has a Masters in Leadership and Quality Improvement (with Distinction) from Ashridge Executive Education, Hult International Business School.

Aideen has worked as a Consultant in Paediatric Anaesthesia and Paediatric Intensive Care for over 14 years during which time she held a number of Medical Leadership roles namely Clinical Governance Lead, Clinical Lead for Patient Safety and Quality Improvement and Clinical Director.

Since taking up her post Aideen has been leading on the further design, development and growth of HSCQI with a particular focus on supporting the HSC system to share learning and identify and scale up best practice. 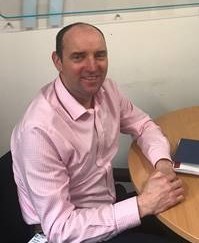 Stephen Wilson was appointed as Interim Director of Operations in December 2020 having previously worked since 2009 as Assistant Director (Operations) with responsibility for leading Communications and Health Intelligence.

Stephen has extensive experience across a wide range of disciplines including strategic planning, operational management, communications, policy development and project management. His qualifications include a B.Sc (Hons), M.Sc (Management) and post-grad in Corporate Governance.

Following graduation Stephen worked in local government in Scotland leading on competitive tendering programmes before returning to Northern Ireland to work with the Sports Council for Northern Ireland and more recently the Health Promotion Agency where he worked as Senior Planning Manager and subsequently as Interim Director of Corporate Services until transferring in 2009 to the PHA under RPA. 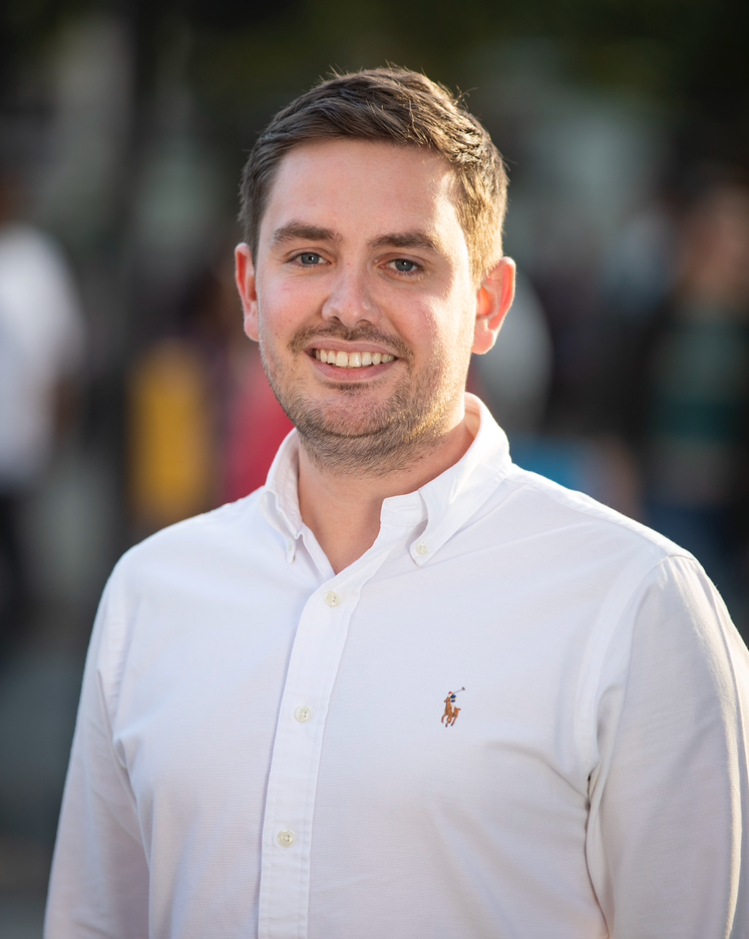 Craig Blaney was appointed to the Board of the PHA in August 2022.

He has a strong track record working with some of the most exciting and innovative brands in the UK. He specialises in brand creation and development and has worked with businesses across Northern Ireland, Ireland, the UK and Europe to bring their marketing strategies to life. 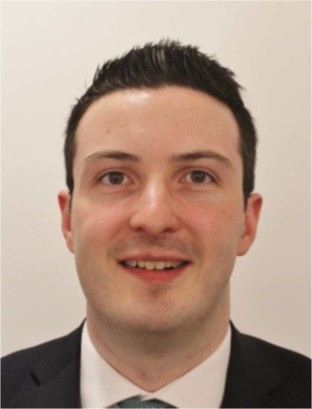 He is a qualified barrister who has practised both at the Northern Ireland Bar and at the Bar in the Republic of Ireland.

John Patrick is a member of the Northern Ireland Committee of the Irish Congress of Trade Unions. In 2020 he joined the Executive of the voluntary organisation NIACRO. 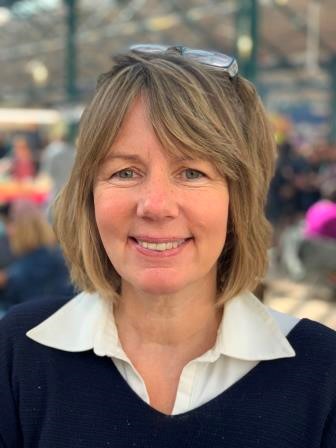 Anne Henderson commenced her career in the private sector, in the accountancy firms KPMG and BDO Stoy Hayward, and in the international media company Time Warner Inc. where she was based in London and Los Angeles.

She has extensive public sector experience, including as vice-chair and acting Chair of the Northern Ireland Housing Executive, where she worked for 17 years.

Anne chaired the Parades Commission for Northern Ireland for 7 years, until 2020. She has held board positions in the International Fund for Ireland and its associated venture capital companies, and is a former member of the audit committee of Queens’ University Belfast. 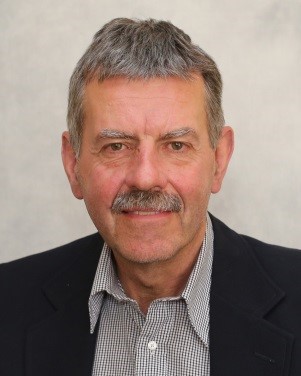 Mr. Robert Irvine lives in County Fermanagh and has been a partner in R.J. Irvine, a quantity surveying and project management consultancy firm, since 1982.

He has been an elected local District Councillor since 2001 and currently sits as a member of Fermanagh and Omagh District Council. In his role as a Councillor, he sits on various committees, notably the Planning Committee and the Local Development Plan Steering Group of which he has been chair since 2015.

In the recent past he has been a member of the Western Local Commissioning Group, a committee of the Health and Social Care Board, the Western Education & Library Board and several school and college Boards of Governors. He currently is a Board member of the Northern Ireland Fire and Rescue Service. 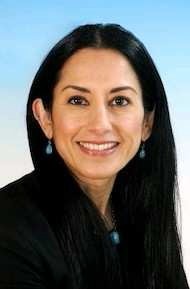 Deepa Mann-Kler is Chief Executive of Neon; Visiting Professor in Immersive Futures at Ulster University in Northern Ireland; and an experienced public, private and charity sector Chair and Non-Executive Director, having served on 10 Boards across the UK over the past fifteen years. As a TEDx speaker and thought leader she regularly keynotes on the intersection of digital transformation, technical innovation, inclusion, ethics, bias, data, AI and creativity. 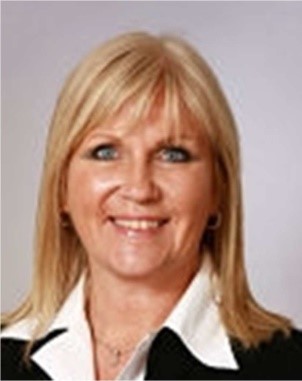 Nichola is a consultant clinical psychologist and former Head of Psychological Services at the Belfast Health and Social Care Trust. She is senior professional adviser in psychology to the RQIA and associate consultant to the HSC Leadership Centre.

Nichola is a former member of the judicial appointments Commission for Northern Ireland and currently chairs the Board of the Children’s Heartbeat Trust. The current chair of the BPS Division of Clinical Psychology NI, she holds the position of honorary professor at QUB School of Psychology. 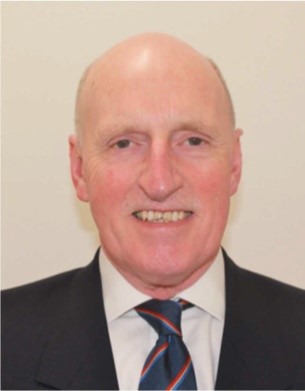 Joseph has held a number of Board level positions in the public and private sectors in Northern Ireland having retired in 2016 as Director of Human Resources from PSNI, a post which he held from the inception of the service in 2001.

A graduate of Law from Queen’s University, Belfast, Joseph was a Director of the Engineering Employers Federation until 1990 and a Director in Harland and Wolff between 1990 and 1995. He was Vice Chairman of the Police Authority from 1989 to 1994 and Chief Executive from 1995 to 2001. 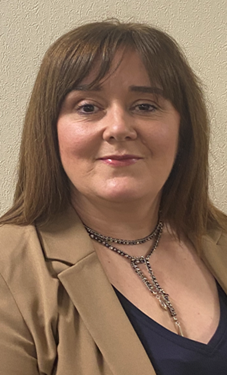 Following the retirement of Paul Cummings and prior to Tracey McCaig’s appointment the Director of Finance role was covered on an interim basis by the Assistant Directors of Finance: Christine Frazer, Lindsay Stead and Colin Bradley. 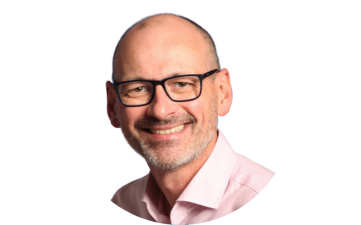 Brendan qualified as a Social Worker in London, working in East London initially before moving to Northern Ireland in 1992. He has a wealth of experience in Health and Social Care across a range of areas including Children’s Services, Hospital Social Work, Disability services, Older People and Mental Health services.

During this time Brendan has maintained his professional development achieving both the MSc in Advanced Social Work and the Northern Ireland Leadership and Strategic Award in Social Work.