The benefits of positive perceptions of ageing

Brendan Bonner, Public Health Agency, discusses how a positive self-perception is a key resilience factor in dealing with COVID-19. To view our complete series of COVID-19 blogs, click here. 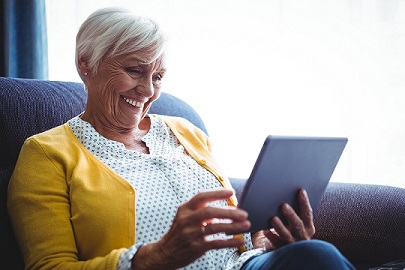 Whereas much of the headlines around COVID19 are focused on the association with age and morality risk factors linked to the COID19 illness, people like 100 year old Colonel Tom Moore who raised over £32m for the NHS COVID-19 campaign and 107 year old Dutch woman Cornelia Ras, who on the 9April 2020 became the oldest survivor of COVID-19, have challenged the perceptions many have had around the issue of ageing, resilience and surviving COVID-19.

Learning from the Spanish experience

Research led by Andras Losada-Baltar and colleagues at University Rey Juan Carlos Madrid, has indicated that older people with a positive self-perception of ageing appear to have much higher resilience in dealing with the challenges of COVID-19.

The findings were from a study undertaken in Spain, recently published in the Journal of Gerontology, which  targeted 1,310 people (aged 18-88 years) who were self-isolating as part of the COVID-19 lockdown response in March 2020. A series of self-reporting questions which addressed social and demographic factors as well as in-depth investigations into issues of stressors, family support, personal resources, loneliness and psychological distress was undertaken.

One of the key findings from the analysis was that younger women with a higher negative self-perception about ageing, who consumed more COVID-19 news articles and had more contact with other relatives outside of the home, appeared to experience fewer daily positive emotions, had poorer sleep quality and reported higher levels of loneliness than many of their older counterparts. These findings challenge perceptions many would have had around resilience, age and protective/risk factors on emotional wellbeing.

The Spanish study reported a lower reactivity to stress in older adults was in line with work that had previously been done by the likes of Birditt, Fingerman and Almeida 2005, which indicated that those older people who had a more positive association with ageing had built up better resilience and were better resourced to deal with the stressors that were presented as part of COVID-19.

These findings were also reported by previous study by Levey and Myers 2004, which found that positive self-perception of ageing was related to engagement and more preventative health behaviours.That complemented a study Bellintier and Neupert (2018), which found that older adults with more negative attitudes towards their age reported increased emotional activity to stressors in their life.

Such findings would challenges us question how we should be actually be supporting older people in terms of dealing with the challenges of COVID-19.

Previous work by the Centre for Policy in Ageing in 2014, indicated that resilience in older age was the ability to stand up to adversity and able to bounce back to a state of equilibrium following adverse episode in their life. It acknowledges that whilst there is no universal agreed definition of or indeed measure of resilience due to the range of variations that are used to measure it, there are common factors that can be associated with the ability to be resilient. Their findings indicated that resilience is not age related and that older people were at least if not more resilient than younger adults.

Potentially the absence of, or the inability to use technology, does limit older peoples exposure to negative news on COVID-19 compared to their younger counterparts which in turn is having a major impact on expressed anxiety and emotions. A literature review undertaken by Stephanie MacLeod et al in 2016, published in Geriatric Nursing looked at the impact of resilience amongst older people. They found that the key characteristics in resilience around adults aged 65 and over included a higher health literacy understanding of mental, social and physical factors. They suggested coping styles around optimism and hopefulness, positive emotions, social support and community involvement as well as active activities of daily living that promoted independence, including being physically active all had strong associations with high resilience and appeared most frequently in their study.

So in addressing future waves of COVID19 we need to take a positive and proactive approach to supporting older people now to help build their resilience moving forward.

To view our complete series of COVID-19 blogs, click here.