Campaign encourages correct use of antibiotics 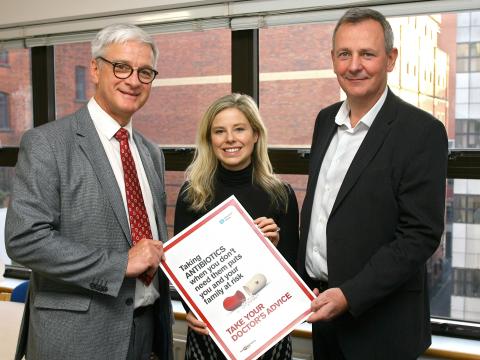 A campaign encouraging people to use antibiotics correctly is to be introduced into Northern Ireland.

The Public Health Agency (PHA) will be running the mass media campaign ‘Keep Antibiotics Working’ from 24 December until the middle of February. The campaign aims to raise public awareness about the risks of antibiotic resistance and urges people to take their doctor’s advice about antibiotics.

Dr Philip Veal, Consultant in Health Protection at the PHA, said: “Research has shown that a continued rise in antibiotic resistance would, by 2050, lead to 10 million people dying every year as a result.

“We use more antibiotics than we need to and this overuse is making bacteria more resistant.

“Per head of population, we use more antibiotics than any other region of the UK. Our prescribing rates here are higher than anywhere else in the UK with more than 1.8 million prescriptions for antibiotics written in Northern Ireland last year – roughly one for every man, woman and child living here. Very often this can be because we have demanded an antibiotic from a healthcare professional. If you are told you don’t need any antibiotics, don’t demand them. Take your doctor’s advice.

“As we continue through winter it’s particularly important to remember that antibiotics are only effective against bacterial infections and not viral infections, such as colds or flu. Most coughs, sore throats and earaches do not need antibiotics. Your body can usually fight these infections on its own.

“Taking unnecessary antibiotics for conditions like these will contribute to them becoming less effective in being able to tackle the illnesses for which they were developed.

“Antibiotic resistance is something that affects everyone, so it’s important that we all take steps to help keep antibiotics working.

“This resistance means antibiotics are becoming less effective at treating the bacterial infections they are needed for. If we continue in this way, we could face a return to the days before antibiotics when people died from minor infections and where the risk of infection made even simple surgery life threatening.”