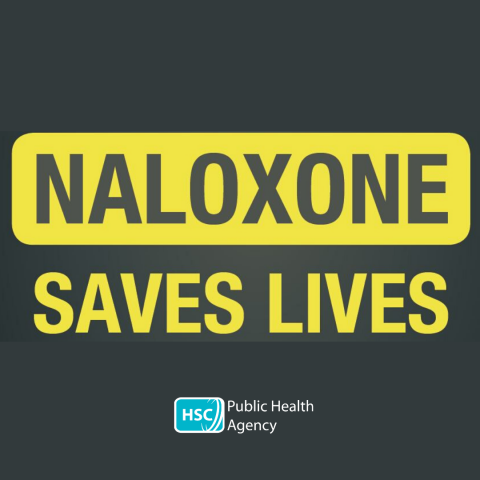 New figures from the Public Health Agency (PHA) show that the Take Home Naloxone programme has seen naloxone administered 240 times in 2018-19 and has been successful in reversing an opiate overdose in over 90% of cases.

Naloxone, supplied in a small syringe, is injected intramuscularly and can be administered by anyone in an emergency overdose situation. Over the past five years, Take Home Naloxone has been successful in reversing 435 opiate overdoses.

The Public Health Agency, with support from the Health and Social Care Board, coordinates the Take Home Naloxone programme.

Michael Owen, the PHA’s Lead for Drugs and Alcohol, said: “As the figures show, this service provides an important life-saving intervention – each overdose reversal is an occasion when a person could have died, but didn’t.

“While only a very small portion of the population here uses heroin or other opiate type drugs, those who do are at a high risk of illness or death.

“It is therefore important that we look at ways that we can reduce the danger that these people face. The main risks for people who use opiates are accidental overdose, and the transmission of blood-borne viruses through sharing of injecting equipment.

“We need to ensure we do all we can to reduce these dangers, by ensuring access to needle exchange services with trained staff, and providing access to the life-saving drug naloxone.

“Addressing these risks also provides opportunities for health service engagement with this hard-to-reach group, which can be used to support them into treatment.”

Naloxone is an opioid antagonist, which temporarily and rapidly reverses the effects of heroin and other opioids. Following overdose by heroin injection, death typically occurs within one to three hours, limiting the window of opportunity to intervene.

Most drug overdose deaths occur in the company of other people, with up to three-quarters of overdoses being witnessed by others. Supplying Take Home Naloxone and training to people within the opioid-using community can be an effective lifesaving intervention.

Michael continued: “While anecdotally we are being made aware of an increase in the number of people injecting substances, we would have expected to see an increase in the number of times naloxone has been administered anyway, as there have been changes in legislation in recent years which have made it possible for the PHA to fund Low Threshold Outreach Services to supply naloxone to their clients, and also for naloxone to be supplied not just to individuals at risk but also to anyone who comes into contact with individuals at risk, for example their families or staff who work in homeless hostels.”

In 95 cases the use of other drugs, besides heroin, was reported. In 90 of these cases the patient survived.

Details on how to access the services that provide the Take Home Naloxone programme can be found on www.drugsandalcoholni.info

The 2018-19 Annual report on the supply and use of Take Home Naloxone can be found at www.pha.site/NaloxoneReports

Take Home Naloxone packs are funded by the Public Health Agency and supplied through the Low Threshold Outreach Services.